CNBC recently published an article on Annuities linked below,

Believe it or not, buying an annuity can be a good decision

A friend was gracious enough to point it out to me

This is actually quite a good article but I do want to point out two helpful things. The article says:

If you do an Internet search on the subject of purchasing an annuity, you will find that there are a mind-boggling number of articles on whether or not this is a wise decision. Of course, the debate is complicated, and both sides make valid points. Those who favor annuities usually cite the guaranteed income they generate, which can act like a pension, while those against them will point to high costs and a relatively poor ability to generate higher rates of return, compared to other available financial products.

It’s important to stop here and talk a bit about what’s been quoted above. I have yet to meet a single Joker Broker with any valid points about why not to guarantee that you have a paycheck in retirement. The best they can do is use deceptive math, psychological manipulation, and trust strategies to get you to believe that risking your ability to pay your bills is worth the supposed higher upside of the market.

Secondly, anybody referencing the high costs in Annuities is just silly as 3 of the five types of annuities (SPIAs, Fixed and Indexed) have NO COSTS AT ALL.

Just like the bank doesn’t charge or a CD the insurance company just wants to use your money and they don’t charge. Someone saying “annuities” have a high cost without adding “only Variable Annuities have a high cost” either does not know their stuff or has another motive.

Lastly, the inability of annuities, in the past, to earn higher rates of return was due to caps. We’ve now had uncapped strategies for years so anyone still referencing (not CNBC but the writers this author is quoting) annuities not being able to earn that much on the upside is working with faulty and out of date information.

I put someone in Hawaii in an annuity two years ago and his first year he made 8.89% because it was uncapped. To make 8.89% in a product with no downside risk is off the charts.

This is a good article but just remember…none of these bad guys who are bad-mouthing annuities will meet me live, on TV, in a very public setting and go head to head in a debate and then a financial plan-off. There’s a reason they won’t…they have limited products they are allowed to sell, limited and outdated knowledge and they know their plans would fail the Five Lives Test and I would crush them and embarrass them publicly. It’s ok with me if they hide but…..do you want to keep your money with an advisor who won’t jump at the chance to prove they are the best? Take some time and think about that.

One thought on “CNBC Article on Annuities”

Grab a book on me! 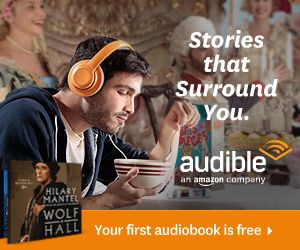